Durga Puja festival marks the battle of Goddess Durga with the powerful demon Mahishasura. This year Durga Puja 2019 festival preparations have already begun in full swing and will start on 04 October 2019.

India is known as the country of religious people and the land of festivals. We Indians have a reason to celebrate every fortnight. While we are all set to welcome our beloved Lord Ganesh after a week on 13 September 2018, the first rituals of Durga Puja i.e the soil Puja was held on Janmashtami. During the Durga Puja festival week, the entire nation will be gearing up to welcome Goddess Durga with equal enthusiasm for Durga Puja and Navratri. This year Durga Puja festivities have already begun in full swing and would go on till 20th October( Bhasani Utsav). The festival is widely celebrated in Cuttack, Bhubaneswar, many other parts of Odisha, West Bengal, Tripura, and Assam.

Dussehra celebrations are not quite tied to the epic battle of the Ramayana unlike the other parts of the country, rather they celebrate the victory of Goddess Durga over buffalo king Mahishasura. In Cuttack, Odisha Durga Puja is more than just a festival, it wouldn’t be completely wrong to call it a five-day-long carnival, preparation for which begins months in advance – from setting up pandals, preparing for various cultural activities melody, dance shows to the simple joy of purchasing new clothes. Since centuries, Durga Puja celebrations have been a significant affair for the silver city of India Cuttack.

The puja of Goddess Durga is observed with proper rituals for 10 to 16 days known as Shodasa Upachara/Shohola dinatmaka, which starts from 7 days earlier to the Sradha mahalaya or Mulastami and ends on Vijayadashami or Dussehra. Goddess Durga is also worshiped by devotees in different pandals in form deities across the state. The pandals are decorated with beautiful decorative.

In Cuttack, disciples can have darshan of 16 incarnations or besas of Maa Katak Chandi & Maa Gadachandi as a practice of Goddess Durga Puja in Shakti Peetha.

According to Markandeya Purana, the King of Chedi dynasty Suratha started rituals of Durga Puja during 300B.C.The Chedi dynasty belongs to Kalinga(modern Orissa). Durga Puia has different names in different Puranas and Sastras. In Devi Purana & Kalika Purana it is named as Vijaya Dashami. It is named as Mahaparbana in Devi Mahatmya and Duseehera in Markandeya Purana.

In Puja Mandaps (In form of Idols) :

This form of Puja was commenced in Odisha during the reign of Ganga King Chodaganga Dev in the 11th century at Puri.The earthen idol of Mahishamardini Durga is known as Gosani and the Dussehra festival is known as Gosani Yatra. It is noteworthy that the co-worship of Mahisamardini Durga with Madhava (Lord Jagannath) is prevalent from 11th century, Eastern Ganga dynasty period, in Puri.

According to mythology, in the year 1512 to 1517 Chaitanya Deva had come to Cuttack, the capital of Gajapati empire of Orissa and the then emperor of Orissa Gajapati Pratap Rudra Dev received him at Gadagadia Ghata situated near the riverbank of Mahanadi very close to the kings’ Palace popularly known as Barabati fort. In that year Sri Chatanya Deva started Durga puja at Binod Bihari temple presently known as Balu Bazar.Further, it is also believed that Netaji Subhas Chandra Bose, whose birth placed is Cuttack had organized Durga puja with great pump and show to organize youngsters in British India exactly like Lokamanya Balagangadar Tilak had done it at Maharastra(the Ganesh Utsav).

The first recorded Sarvajanin Durga Puja in the state is said to have been in the year 1832 in the Kazibajaar area of Cuttack.

OdiaLive will bring you regular updates of the Puja in Cuttack & other cities of Odisha. Stay Updated! 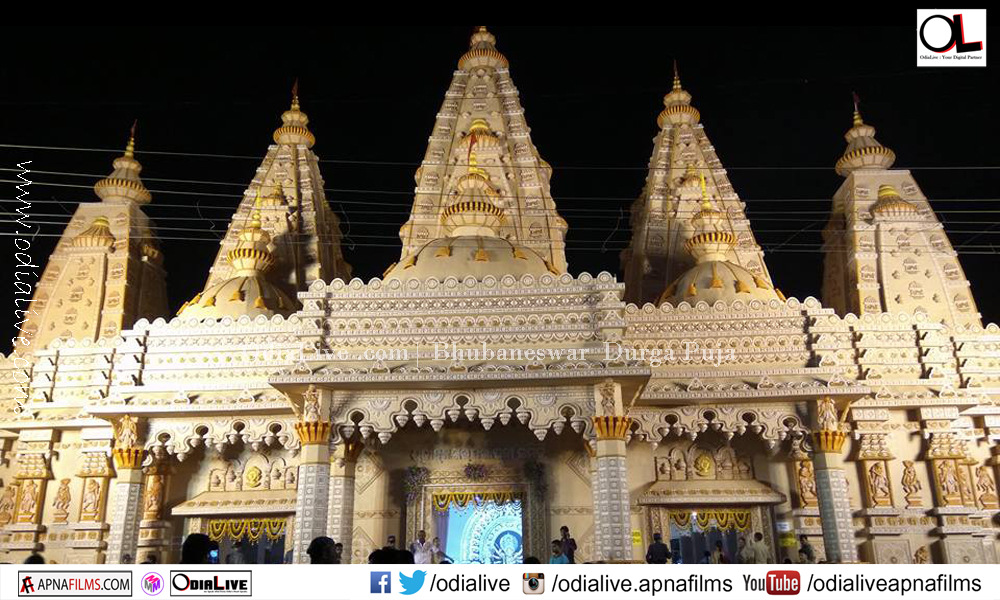