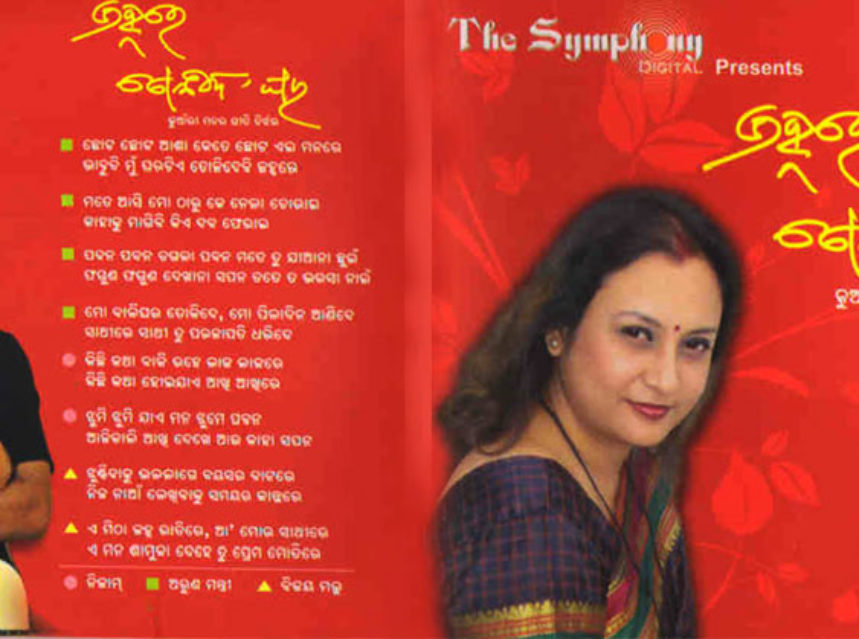 Janhare Tolide Ghara is the first solo Odia modern songs album of renowned Odia singer Namrata Mohanty The album was released in the year 2009.As the title clearly speaks the album narrates the dreams of a girl . The music of the album is composed by Om Prakash Mohanty . The lyrics of the album was penned by Anun Mantri , Nizam and Bijay Malla.The album was released under her own banner The Symphony Digital .The following year, she released Dipa Jale Dipa Libhe with songs written by Akshaya Mohanty.

About Namrata Mohanty : With dusky looks and a powerful voice set to take over the globe,she is a highly accomplished vocalist.Her focus is Classical and Ollywood music.She has sung a lot of Odia and Hindi Devotional Songs which you can hear from our portal.She is also a B’ High artist of “All India Radio” and “Doordarshan” too.She is currently working in multiple projects and had launch some albums like “Chhuti” and “Ninad” .She has her own studio named as “Symphony Studio”.She don’t have to describe herself.Just go through her songs,they will let you know who she is….!!!!!

About Ninad by Namrata Mohanty : Ninad  was released in 2014 with Chhuti Odia modern album by  renowned singer Namrata Mohanty . Namrata Mohanty  hails from the silver city of Odisha “Cuttack” and is an All India Radio artiste since 1983.She  had been groomed by several exponents such as Dhananjay Satpathy , A Maheshwar Rao and Shantanu Das . Both the  music albums showcases her versatility. Click to download songs of Ninad .

About Chhuti Odia Modern Album : “Chhuti ” is the new modern Odia album by eminent Odia singer Namrata Mohanty . Odia music lovers are in for a musical treat. The songs in the album will unleash the mind and will take you to the surreal world of music. Cuttack-based Namrata Mohanty has sung all the songs . Click to download songs of Chhuti.