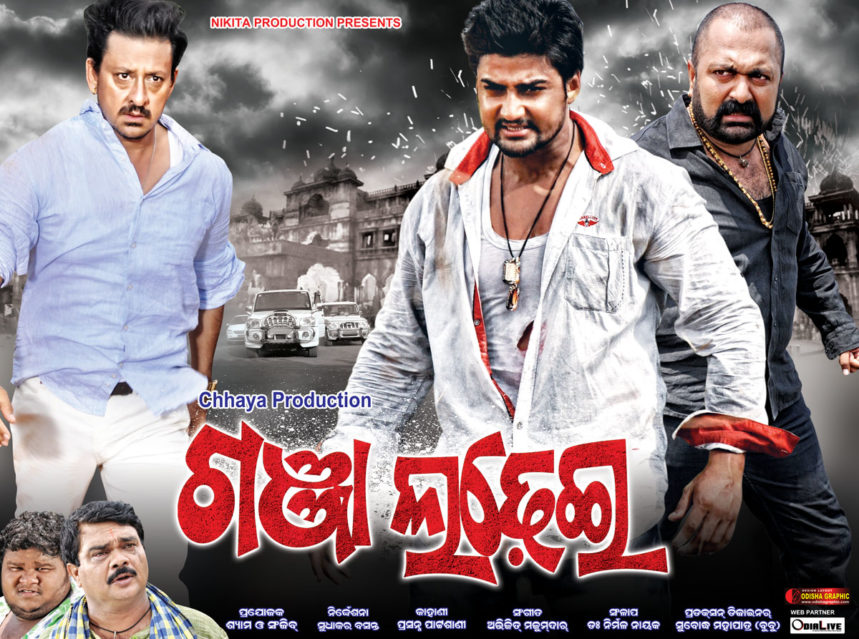 The most awaiting film Ganja Ladhei will be  releasing shortly across the state . The promo of the film was a huge hit soon after its release in official youtube channel of OdiaLive . The lastest trailers and song promos  is released by the production house and the trailers are already a hit with the audience . The trailer clearly speaks the film is full of action.

Chhaya Production’s “Ganja Ladhei” is directed by the people’s director of Ollywood Sudhakar Vasanth. After the success of Om , again Ollywood young stylish star Sambit is back with the film.The film also stars Ollywood megastar Siddhant Mohapatra . The film also stars Pintu Nanda, Anu Choudhary , Namrata Thappa and others. Actress Priyansi will be making her Ollywood debut with the film .Ganja Ladhei will be treat for all the fans of director Sudhakar Vasanth, as the director will be seen playing the negative role in the film.

The place where Mahanadi meets Bay of Bengal