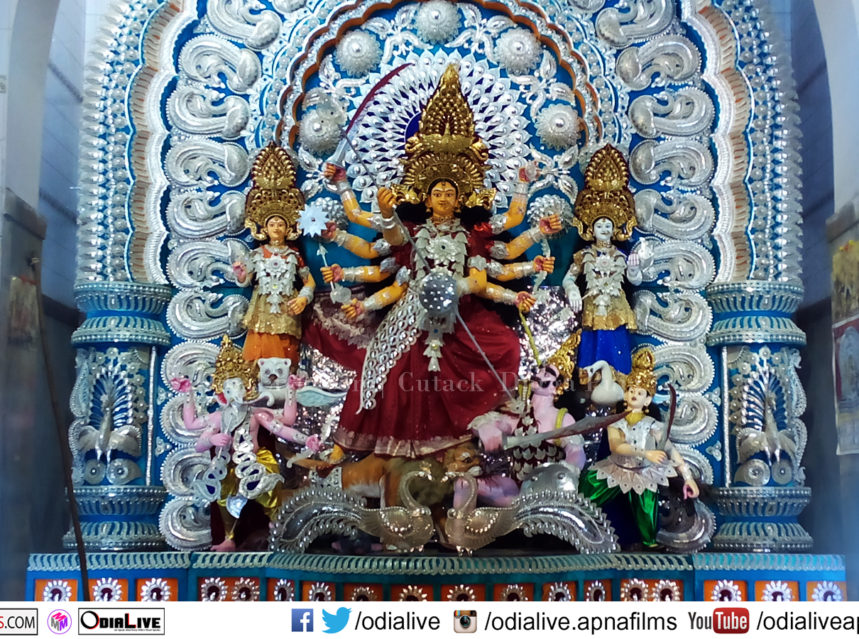 The Puja pandals are decorated with unique themes in the twin city of Odisha, Bhubaneswar and Cuttack. While budget for decoration and festival at major Puja Mandaps has been estimated between Rs 30 lakh and 35 lakh each in the State capital, the puja is being held at small pandals at expenses of Rs 5 lakh.

Goddess Durga was worshiped at over 2,600 attractive pandals erected at different locations in all the towns of Odisha. During the week celebration of Puja the sky is being reverberated with ‘chandi paath’ during day time & the colourful lights and huge crowd visiting the pandals to have darshan of Maa Durga and enjoy the festival with friends and family members makes the night beautiful.

The Celebration for the week-long festive beings with the beginning of Navaratri is some places and in some cities, the puja begins on Maha Sasthi. The Maha Saptami Puja of Goddess Durga was conducted at pandals with spiritual fervour followed by the Maha Ashtami rituals. The devotees are found rushing to the puja mandaps to seek blessings of the deity during ‘Sandhi Puja’ (transition period between the eighth and ninth day of Durga Puja), which is the most significant period for the devotees, who have been on fasting.

The Puja pandals are decorated with unique themes in the twin city of Odisha, Bhubaneswar and Cuttack. While the budget for decoration and festival at major Puja Mandaps has been estimated between Rs 30 lakh and 35 lakh each in the State capital, the puja is being held at small pandals at expenses of Rs 5 lakh.

Total Rs 50 crore has been spent in 326 Puja Mandaps in Cuttack and Bhubaneswar. Remaining 2,300 Puja Mandap committees have spent Rs 115 crore each. The budget is according to a leading online portal and daily newspaper. If the budget of all the Puja Mandaps will be taken into account, it is believed to have crossed Rs 170 crore this year.

In Bhubaneswar, the Durga Puja is being held at 176 Puja Mandaps at expenses of Rs 30 crore. The ‘Chandi Medha’ at Sahid Nagar & the eye-catching Puja pandals on gates are the special attraction in the city.

Maa Durga is being worshipped at 160 fabulously decorated Puja Mandaps in the millennium city Cuttack at expenses between Rs 27 crore and 30 crores. The city remains in the top with ‘Chandi Medha’. There are about 24 Chandi Medha installed in respective Sahi or puja committee. The disciples had also witnessed gold crowns and ornaments of the goddess and other deities in puja mandaps like Choudhary Bazaar, Sheikh Bazaar, Khannagar, Chauliagunj, Mangalabagh, Rahihat etc. 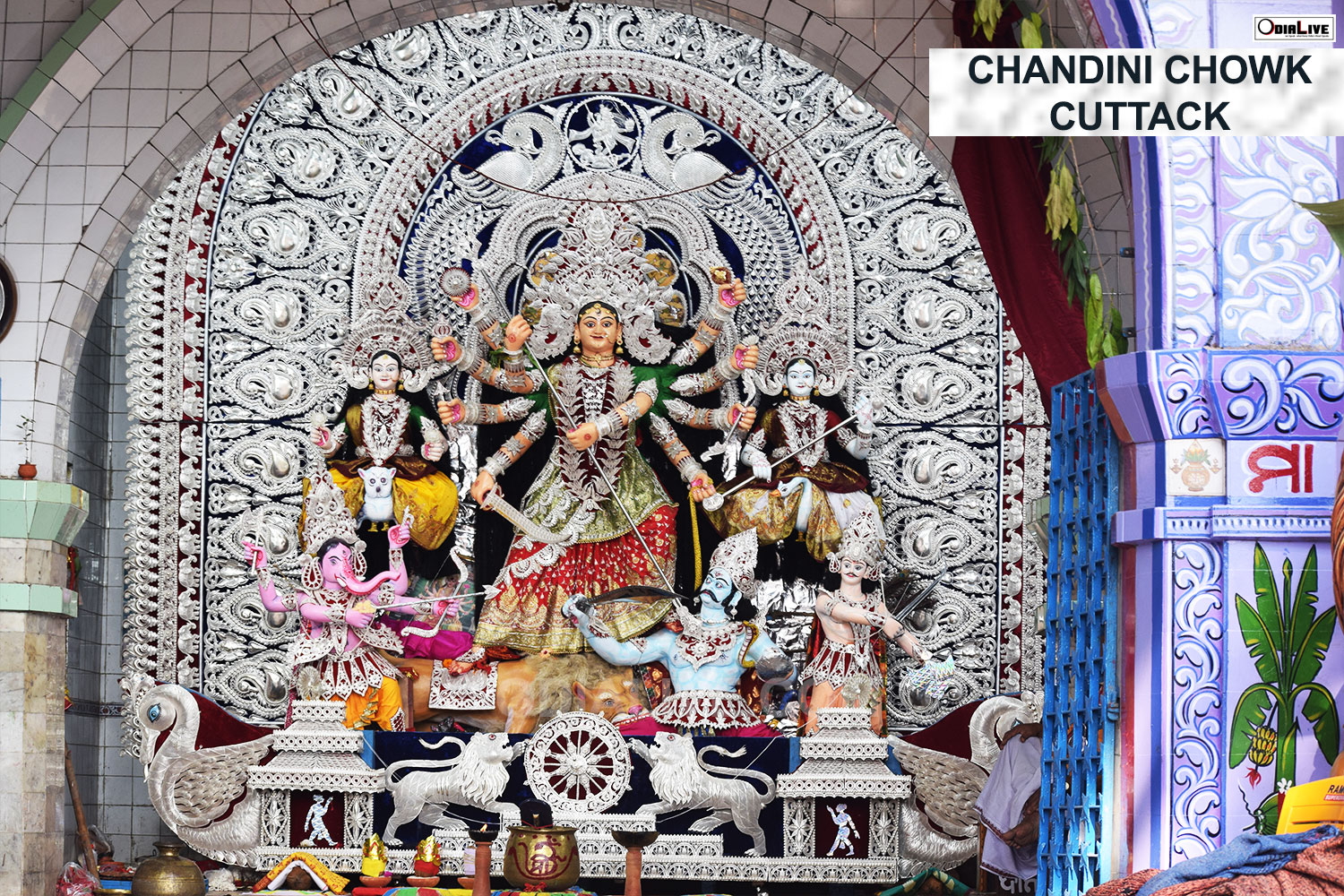 In the steel city of Odisha, the puja is being conducted at 104 mandaps. Balasore tops the State in terms of districts organising the mega-festival at highest numbers of 290 mandaps, followed by Ganjam with 193 mandaps.

In Kendrapara, the Durga Puja is being celebrated at 165 mandaps at expenses of Rs 5 crore. Nuapada district is organising Durga Puja at 90 mandaps and Nayagarh at 81 mandaps.

Besides, the nine-day-long Navaratri festival, which is an important feature of Durga Puja is being celebrated at temples and houses across the State with much fervour. Not only Goddess Durga, but Lord Shiva, Lord Hanuman, Lord krishna were also worshipped in Cuttack. 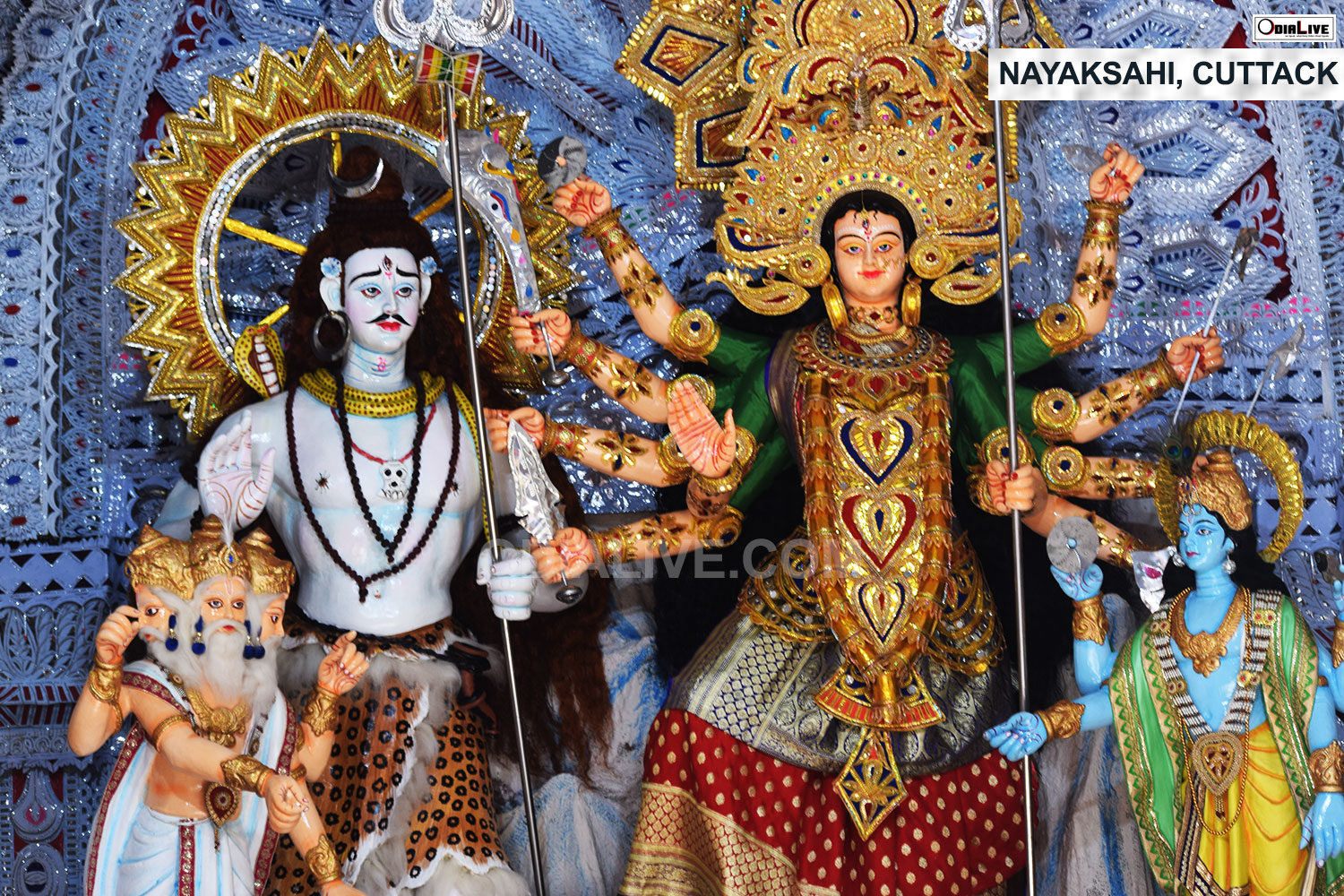