Everyday is a festive in the land of L0rd Jagannath.Thousands of disciples of Lord Jagannath comes to puri to have darshan of the Lord of the Universe.There are elaborate daily worship services in the Bada deula (Jagannath Temple , Puri).There are many festivals celebrated here with millions of people across the globe. A large number of traditional festivals are observed by the devotees of Lord Jagannath. Out of those numerous festivals, here are the list of twelve important festivals celebrated at Puri Jagannath temple.

Ratha Jatra of Lord Jagannath,The God of the Universe is one of the largest religious festivals of India.The festival of is not just limited to India but also celebrated in a grand way outside India.The famous cities like Brisbane,Durban,San Francisco,London,Los Angeles,Tokyo and even the remote corners of Russia celebrate Ratha Jatra in its full glory.

This biggest festival of Lord of the Universe is celebrated originally at the majestic city of Puri in Odisha.Apart from Puri here we share a list of the iconic cities outside India where the festival of Ratha Jatra is observed gallantly. 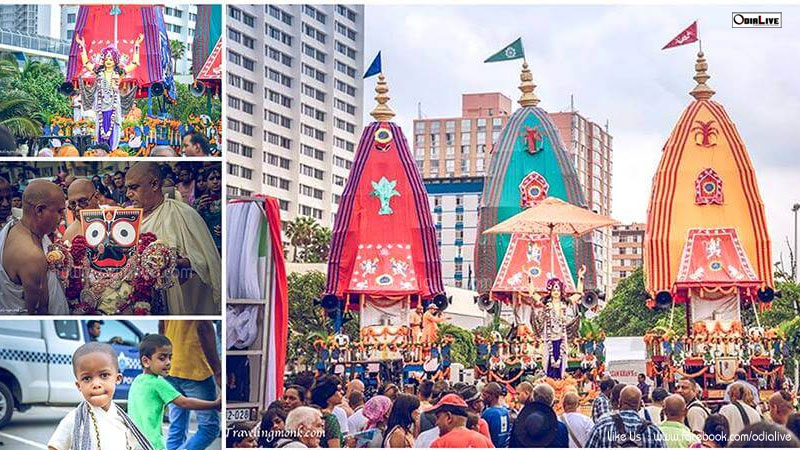 Ratha Jatra started here in the Durban shoreline in the year 1988 and is celebrated vibrantly every year.Besides the usual chariot parade,many other cultural activities featuring local & international artistes grace this spiritual day! 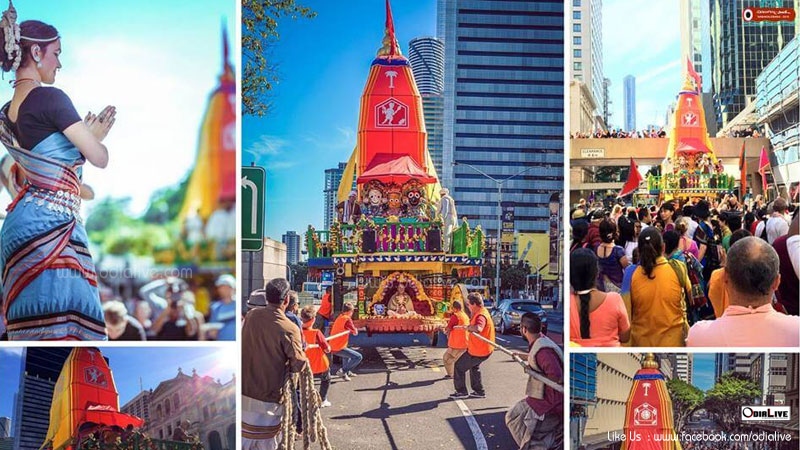 The festival of chariots is celebrated with colorful singing & merrymaking.The occasion of Ratha Jatra is honored in the beautiful city of Brisbane.And the cultural fiesta which ends up this jubilant street procession is worth witnessing! 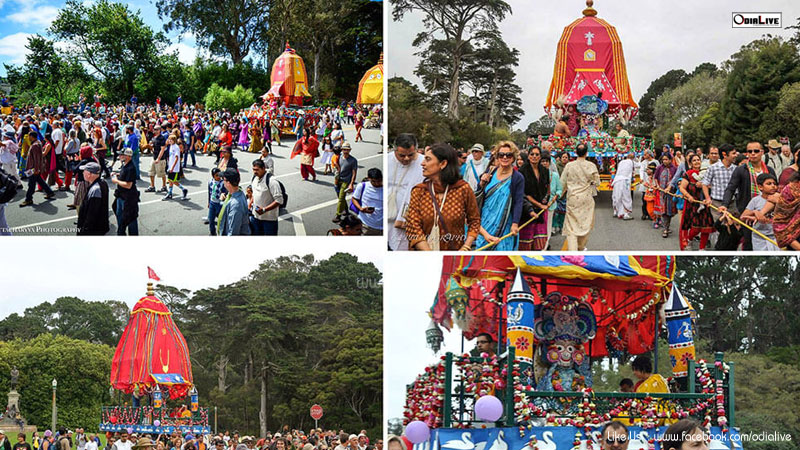 Ratha Jatra in Nepal is spectacularly celebrated in the city of Bhaktapur.One can even visit the Jagannath temple in Kathmandu which miraculously survived the massive 2015 earthquake. 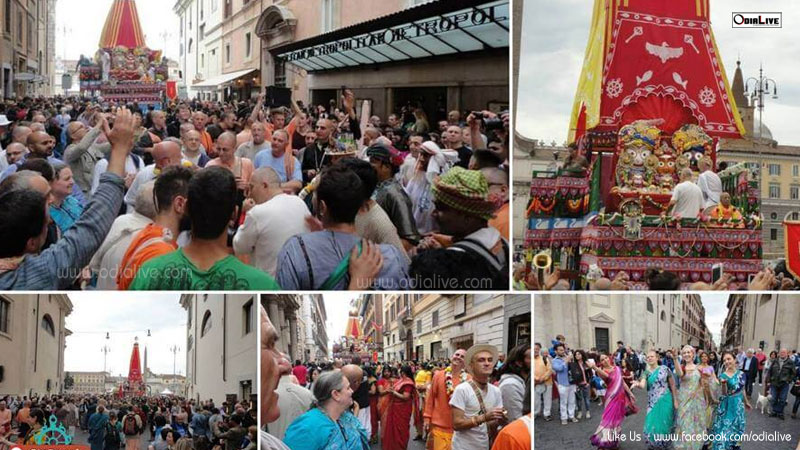 Even Italian devotees are no less in thronging and dancing down the streets in adoration of the Lord. It was way back in 1981 at the Tuscan town of Viareggio when the first Ratha Jatra in Italy was held. The image below depicts the debut Ratha Jatra celebrations in Italy’s capital, Rome.