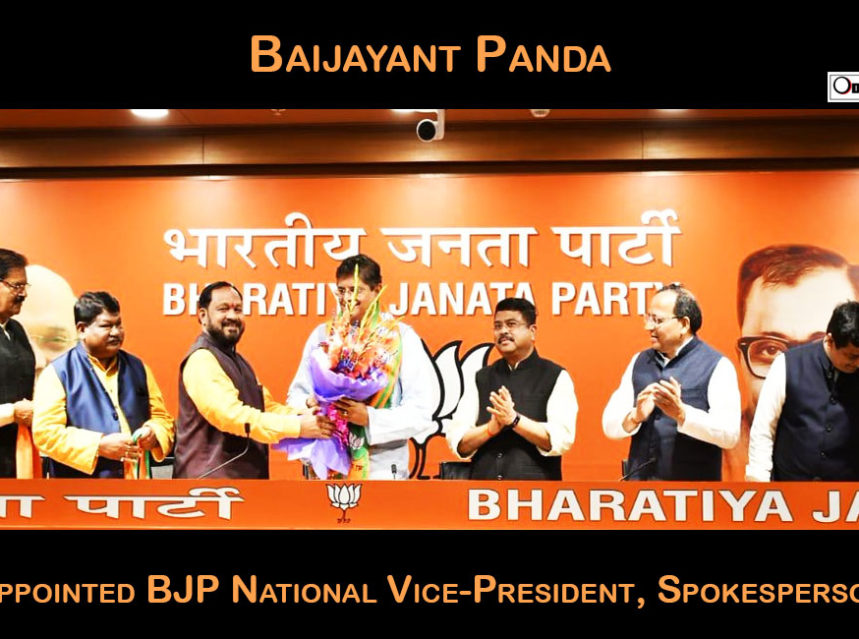 The newly appointed BJP’s national vice president and spokesperson took to Twitter and thanked party chief Amit Shah after the announcement and also expressed his happiness to work under the leadership of PM Modi for a new India.

I’m deeply grateful to @BJP4India President Shri @AmitShah Ji for appointing me Vice President & Spokesperson.
I seek support & cooperation of all colleagues.
I shall do my best towards the party’s continued success & work under @narendramodi Ji’s leadership for a new India🙏🙏

Union Petroleum Minister Dharmendra Pradhan congratulated Jay Panda on his appointment as the Vice President and Spokesperson of the BJP. He also said the former parliamentarian’s experience in social life and party organizational affairs will strengthen BJP and also help in building a new Odisha in line with Prime Minister Narendra Modi’s vision of ‘Purvodaya’.

Congratulations to Shri Baijayant Jay Panda @PandaJay on his appointment as the Vice President and Spokesperson of @BJP4India. His experience will strengthen the Party and also help in bulding a #NewOdisha in line with Hon. PM Shri @narendramodi’s vision of Purvodaya.

This is to be noted that Jay Panda had quit the Biju Janata Dal last year and also resigned from his Lok Sabha membership following his suspension from the regional party headed by Odisha Chief Minister Naveen Patnaik. 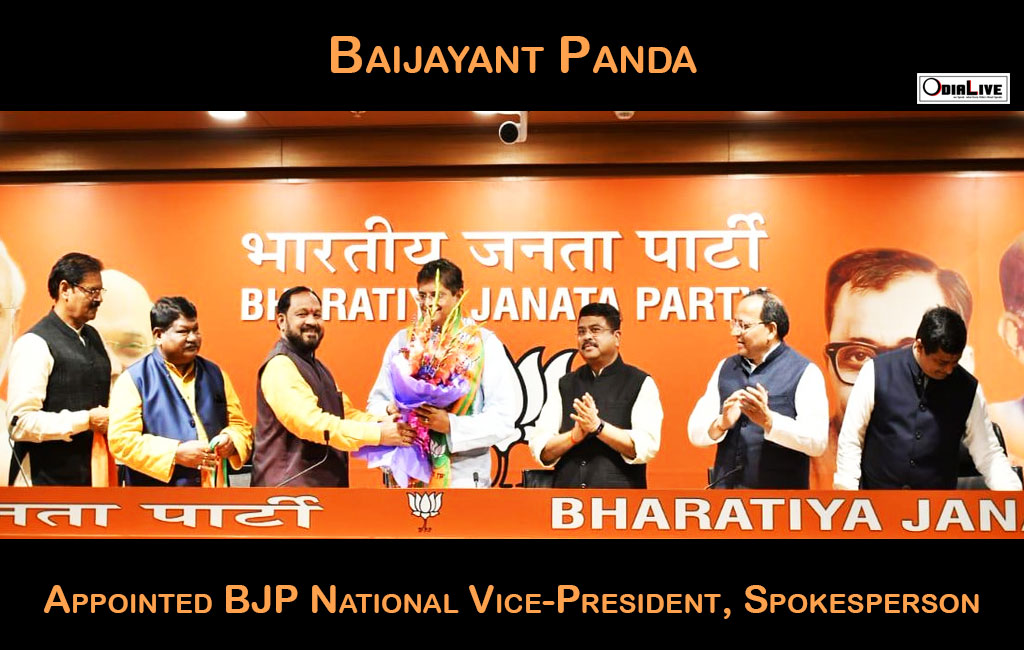