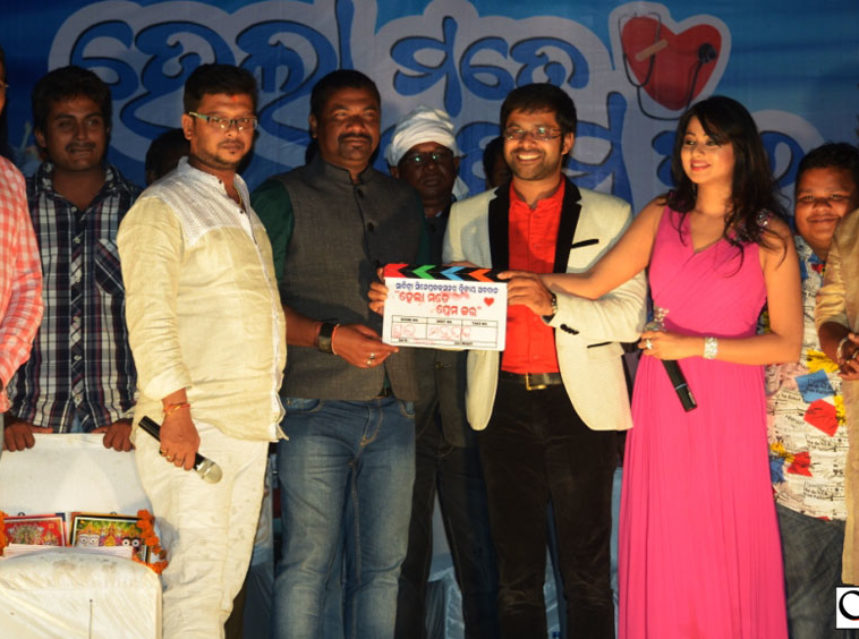 The Mahurat of upcoming Odia “HELA MATE PREMA JARA” took place in Kalinga Nagar in a unique way. Ollywood chocolate star Sabyasachi Mishra has always been in talks for promoting his films in a unqiue way , be it the mahurat day or the pre-release promotional campaigns . Sometimes he is seen with a smiley batch & sometimes interacting with fans in various social medias . Celebrating the mahurat in Hotel or a temple has become a trend in Ollywood , but HELA MATE PREMA JARA team reached a Tribal area near Kalinga Nagar and celebrated the mahurat in front of 50000 fans.The reception,love, energy we got there made the event a life time memory. And the Presence of huge audience over 50000 all around the ground made it a Record Mahurat in the history of Ollywood. The last of Sabitri Cine Production was Love You Hamesha starring Ollywood superstar Arindam Roy , Jhilik and Aanisha . The film released on the eve of Raja festival 2015 and was a huge hit .