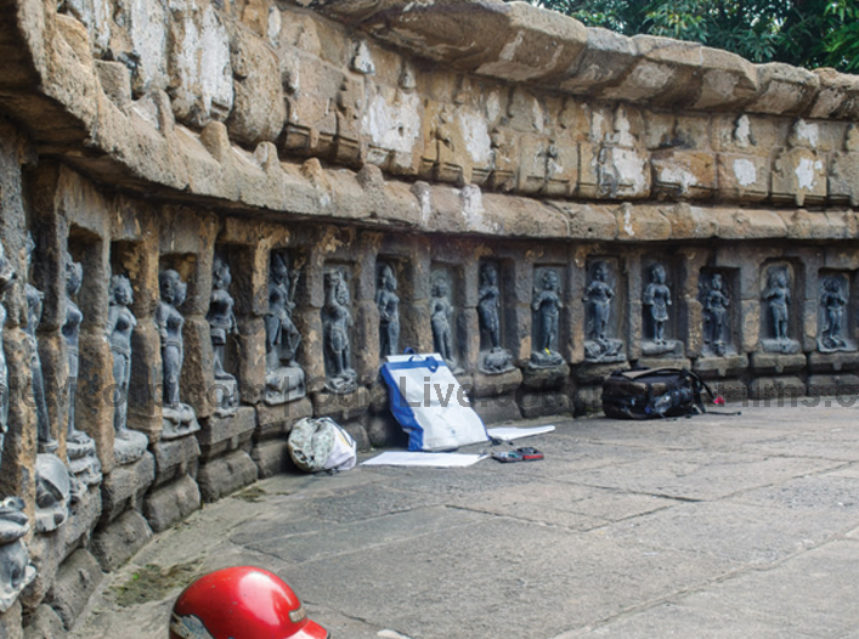 Chausathi Jogini temple or 64 Jogini Temple is situated in a hamlet called Hirapur.It is located at a distance of 20 km from the state capital Bhubaneswar.64 Joginis Temple is a tantric temple, with hypaethral architecture as tantric prayer rituals involve worshiping the bhumandala (environment consisting all the 5 elements of nature – fire, water, earth, sky and ether).

The legend behind the temple according to local priests is of the Goddess Durga taking the form of 64 demi-goddesses in order to defeat a demon. After the fight the 64 goddesses (Joginis) asked Durga to commemorate them in the form of a temple structure.Temples like 64 Jogini temple are also seen at Ranipur-Jharial site of the Balangir district in Odisha and seven other places in India.

Its is believed that the temple built by the Queen Hiradevi of Bramha dynasty during 9th century.It’s built in a circular fashion,completely put together with blocks of sand stone.The inside of the circular wall has cavities, each housing the statue of a Goddess. There are around 56 such idols, made of black granite,inscribed within the wall cavities, centring on the main idol which is the Goddess Kali, who stands on a human head representing the triumph of the heart over the mind.The temple houses a central altar (Chandi Mandapa) which has the remaining 8 Goddess idols on all 4 sides. Some historians believe that an idol of Maha Bhairava was worshiped in the Chandi Mandapa.

The number 64 finds its reference in Hindu mythology in various forms i.e Kala for time, kala for performing arts etc. The temple complex is maintained by Archaeological Survey of India. 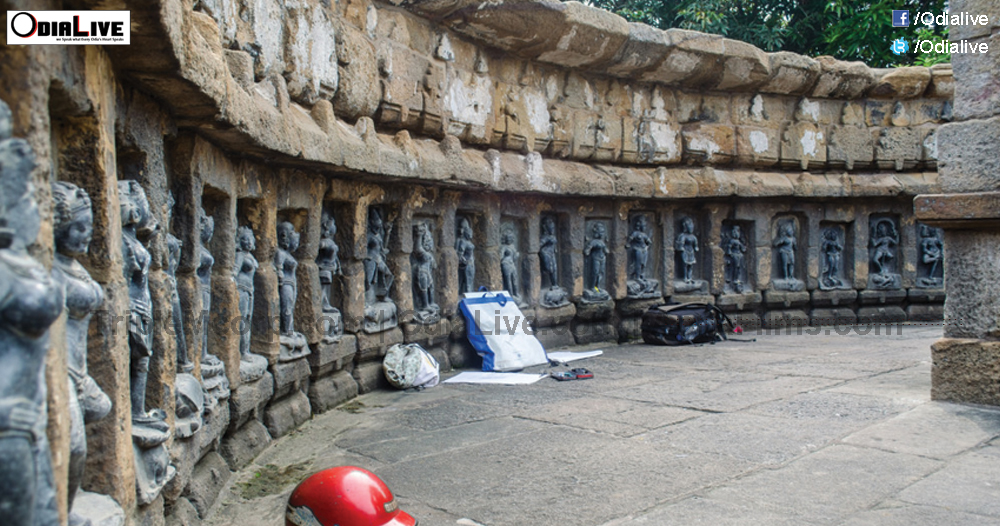